It’s been in the news a lot lately that there’s enormous interest and growth in hard root beer. Small Town Brewery, based in Wauconda, IL, has been a leader in this space with Not Your Father’s Root Beer.  Luckily for me here in Illinois, we’re the only ones who have it on tap and in it’s harder form of 10.7% or 19.5%ABV. I’ve been enjoying it since it came out last year and distribution has spread widely throughout the US.

How big of a trend is it? Well the beer came out last year, from a tiny microbrewery.  It’s not the 6th best-selling craft brewer and the beer accounts for 3.3% of the entire craft market! 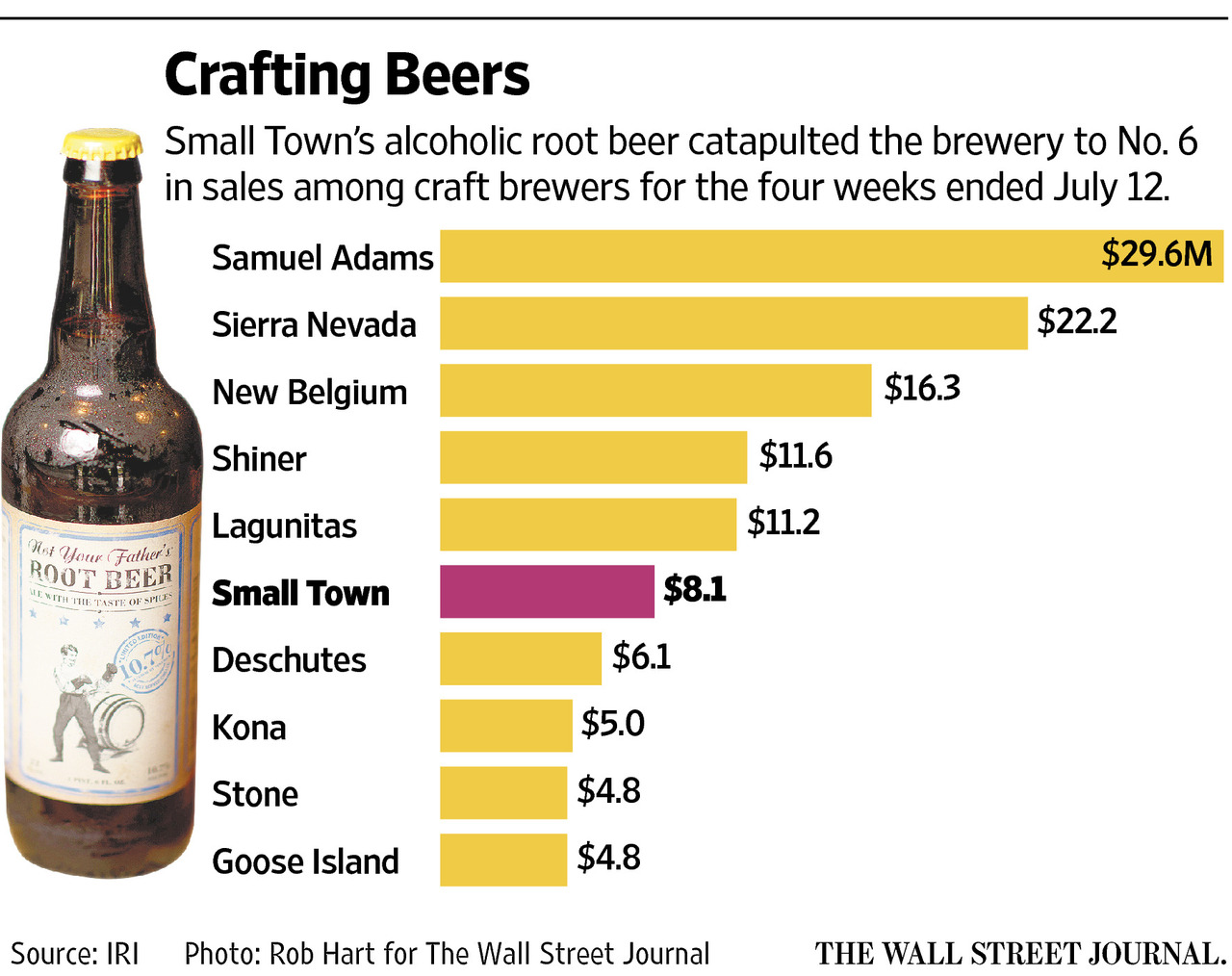 Even more remarkable… look at all the brewers above and below it on the list.  Most of them produce more than a dozen different beers. Small Town Brewery, they just make one beer – Not Your Father’s Root Beer.

Not we’re also seeing a surge from large beer companies trying to enter the market. Boston Beer Co. is releasing it’s own hard root beer.  And possibly the new trend, maybe, hard sodas. MillerCoors is launching a line next year of hard sodas including Henry’s Hard Ginger Ale and Henry’s Hard Orange sodas. Whether they’ll be as successful (or more), we’ll see. But there’s no denying the trend.

If you’re a restaurant or bar, grab some of these beers ASAP. Even better, integrate into your cocktail list with a beer cocktail. I’ll give you a freebie, an easy one: Not Your Father’s Root Beer Float